What is more important – brand differentiation or brand distinction? 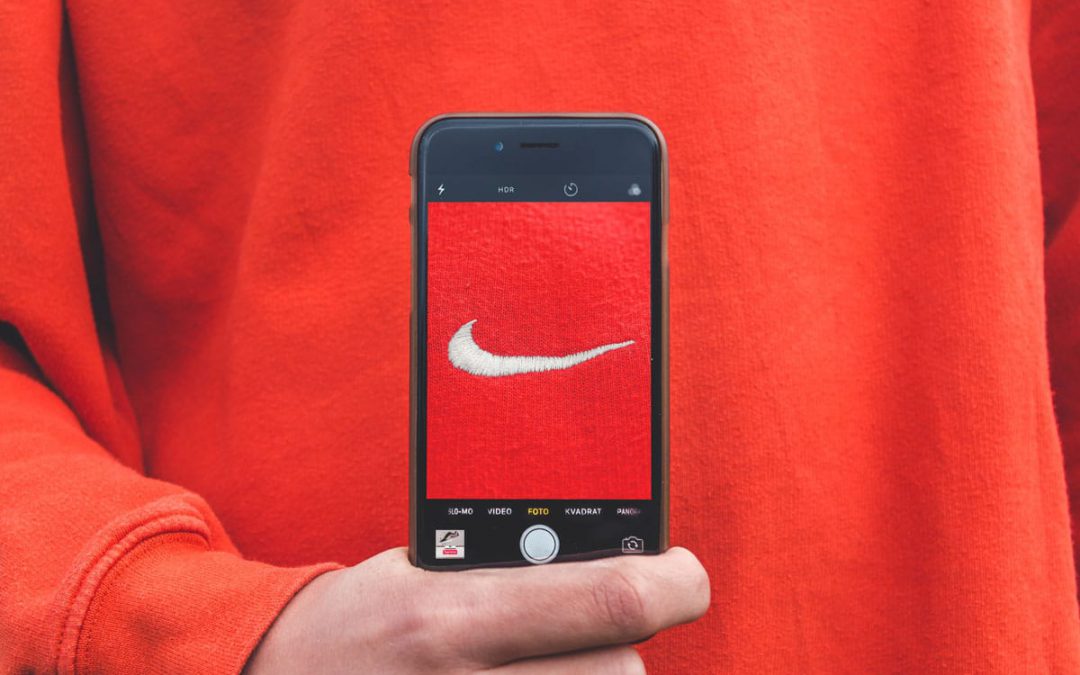 For decades, brand differentiation has been regarded as the holy grail of marketing strategy. But over time, it has lost this mantle for various reasons – primarily because we’ve reached a point in which competition is fierce and successful products and services have become rather easy to duplicate. There’s also been market research in the past ten years that has refuted the importance of differentiation in a consumer’s buying decision.

A strong differentiator is still a killer benefit for any brand, especially a new one. But true differentiation is hard to come by and even harder to hold over time.

There’s often confusion around differentiation vs. distinction. So let’s define these terms before we go any further.

What is brand differentiation?

Regarded as a core marketing principle, brand differentiation is the concept of leveraging a perceived meaningful difference between your brand and existing brands. You may have heard this communicated as a “unique selling proposition” (USP). or as brand positioning – the place you want to own in your consumer’s mind… what you want them to think of your brand.

What is brand distinction?

To have brand distinction is to be easily identifiable in a sea of brands either visually or audibly. You know that sneakers with a swoosh are Nike. You recognize the home improvement brand Home Depot simply by their use of the color orange.

Brand distinctiveness can be achieved through:

Differentiation vs. Distinction Over Time

We have a theory: over the course of time, a brand’s differentiation reduces while a brand’s distinctiveness increases. 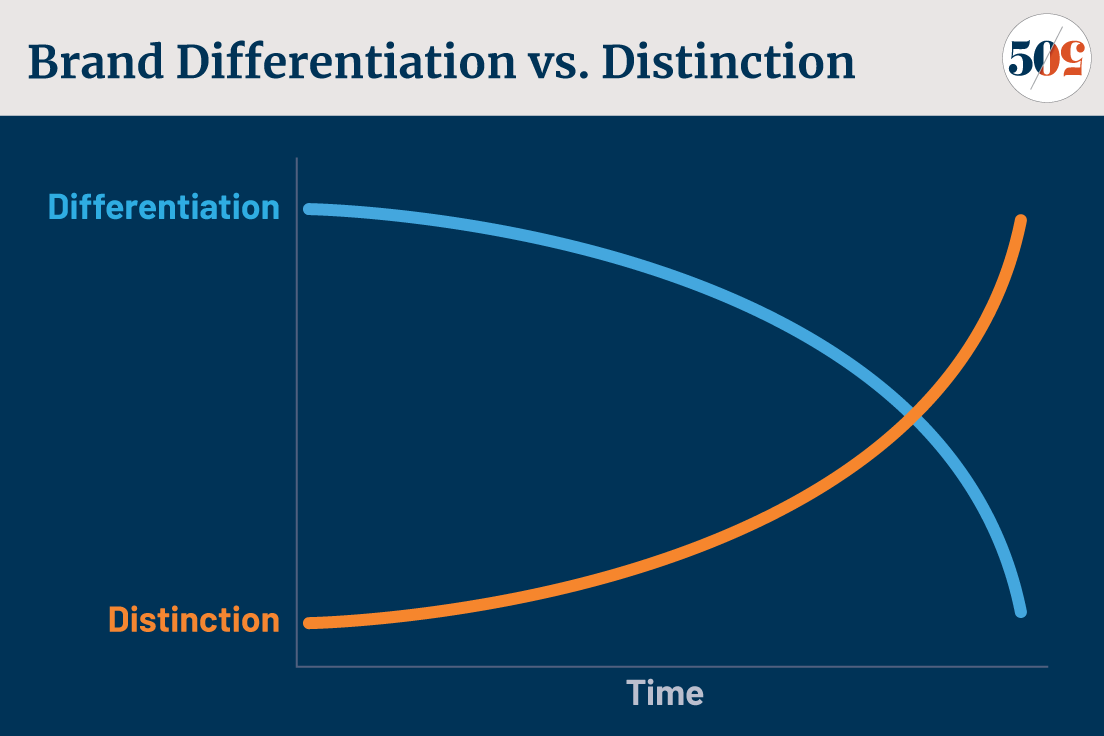 Why does a brand’s differentiation decrease over time?

The primary reason is competition. If a brand is successful in a market, it’s only a matter of time before other brands/competitors (or worse yet, counterfitters) race to close that gap. And once they have reached a certain threshold, consumers will no longer be able to perceive a difference. There is a compelling research study done by Byron Sharp and Andrew Ehrenberg that backs this notion that “…most buyers of a brand do not see it as different or unique.”  Now, their research was conducted with successful, established brands – they have all reached a point where their competition has closed the differentiation gap.

Netflix, for example, was wildly differentiated in its early days. There simply was nothing like the product/service that they offered – an inexpensive online subscription model for DVD movie rentals conveniently delivered to your door via mail. But it didn’t take long (less than three years) before Redbox hit the scene with low-cost DVD movie rentals via automated kiosks. True, Netflix still had the differentiator of delivering to your home but Redbox ate their lunch on convenience and cost – no waiting for a DVD in the mail and rentals were only $1/each. And within just four years of launch, Blockbuster introduced unlimited DVD rentals at a flat fee for $20/month.

Advancements in consumer technology allowed Netflix to pivot to online streaming but they weren’t even the first ones to do this – Amazon beat them to it and Hulu entered the mix almost immediately.

So how did Netflix regain differentiation? They started developing their own original content – House of Cards in 2013. They rode this wave as long as they could and guess what? That gap was closed by Amazon Originals and nearly every other major player jumping into original content: HBO, Hulu, and even Apple.

You can map a similar timeline for nearly every large brand. Differentiation plays a major role in the early days of a new brand, but over time the gap closes and investing heavily in differentiation becomes less possible and less lucrative for a brand.

Why does brand distinction increase over time?

The primary drivers are uniqueness and consistency. Brand distinction will only increase over time with careful planning, strategy, and most importantly, consistency. This is why it is important that you consider your elements of distinction early in your brand’s existence and carry them with consistency over time. Those “Brand Standard Guides” are a thing!

Think about some of the most iconic, distinctive brands in the world. While they did evolve over time, think about what didn’t change. Think about their consistency of message and branding.

Their branding has always focused on emotion. They’ve developed a platform that makes their customers feel creative, inspired, and unique for choosing Apple products.

From their iconic red can and alluring script logo to their promise to “inspire moments of optimism and uplift, Coca-Cola has delivered a consistent cheery lifestyle image. “Have a Coke and a smile!” Notice how they stepped away from their consistency in 1985 and returned to it quickly in 1987.

Start Different, But Plan to Be Distinctive

If you are a new brand or going through a rebrand, consider the following strategy:

What are some things you can do to plan consistent distinction over time?

How Can We Help?

With over 20 years of experience with over 100 brands, Fifty/Fifty has managed every aspect of brand development strategy.

If you are a new brand or product, let’s get you off on the right foot. We’ll guide you through the process of developing a plan for your brand’s distinction.

If you are an existing brand or product, we’ll review your situation and make recommendations for how to achieve more with your current brand assets.